Chadwick Boseman, brought Jackie Robinson to life for so many of us in the 2013 film ‘42,’ has passed after a battle with colon cancer. He was 43.

Chadwick ironically passed on Jackie Robinson Day which is the day that MLB celebrates in honor of Jackie Robinson, the Brooklyn Dodges star that broke the color barrier in the sport. As a tribute every player wears Robinson’s No. 42.

According to the statement, Boseman was diagnosed with stage III colon cancer in 2016 and battled it four four years as it progressed to stage IV. He died at home, surrounded by his wife and family.

Chadwick awed us as Jackie Robinson, Black Panther and so many more

After years working mostly as a TV actor, Boseman’s found his breakout role as Robinson in ‘42.’ His portrayal of the legend’s unwavering resolve and private frustrations as he broke baseball’s color barrier earned widespread acclaim.

It was a role that came with enormous pressure for the little-known actor, via Vanity Fair:

I definitely felt the responsibility going into it. I felt more responsibility to [Jackie’s widow] Rachel Robinson than I did to anyone else. Everyone had their own opinions and reasons why he is a hero to them. People would meet me, call me, text me, e-mail me, Facebook-message me, and tell me, “I hear you’re playing my hero.” When that happens, you know that all of those people are going to have an opinion and feelings that you have to live up to. But I just thought, Let me just focus on the truth.

If you think about him being an icon and a hero anyway, that actually is the pitfall in playing the role. It’s the biggest pitfall you can fall into because he didn’t know that he was going to be an icon. He didn’t know that he was going to be a hero. In fact, [Jackie] has to deal with that heroism throughout the movie when he finds out that [being in Major League baseball] is a bigger deal to everyone than he thought it would be. You can’t completely block out that feeling of responsibility, but you can focus the same way he did—one thing at a time, moment to moment. Eventually all the pieces will be there.

Chadwick played James Brown in “Get on Up” and a star football player in “Draft Day” in 2014. Even though he was diagnosed with cancer in 2016, Chadwick gave life to T’Challa the iconic Black Panther in three Marvel movies, ending with Avengers: Endgame in 2019. His most recent film role was Vietnam War soldier Norman Earl “Stormin’ Norm” Holloway in Spike Lee’s critically acclaimed “Da 5 Bloods.”

According to IMDB, Chadwick has one film that he recently completed that will be released. The film is an adaptation of the play “Ma Rainey’s Black Bottom” by August Wilson. 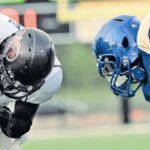 What You May or May Not Know About Concussions Previous
National Tailgating Day: How Do You Celebrate In COVID-19... Next 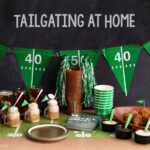