Friends of a Feather

The Dallas Cowboys owner Jerry Jones may be in hot water after photos of him trying to keep Arkansas school segregated in 1957 resurfaced. In the photo it shows white students attempting to bully six black students denying them entry to North Little Rock High School.

The event occurred only a few short weeks before the Little Rock Nine integrated Little Rock Central High School five miles away in what turned out to be one of the biggest moments in the civil rights movement. Two years prior to this, the North Little Rock school board voted to integrate classes for seniors but then Arkansas Gov. Orval E. Faubus opposed.

The six black students known as the North Little Rock Six attempted to enter the school anyway but were unsuccessful due to those dozens of white students blocking the entry. Seven years later, North Little Rock High School was officially integrated.

Jerry Jones has since acknowledged that it is in fact him in the photo but denies participating in protesting the integration. The Cowboys owner says he looked on curiously without any animosity and notes that his football coach at that time told the players to avoid the hysteria.

Jones is no stranger to the media and doesn’t hold his tongue when it comes to his views. In the past the billionaire has been criticized for his beliefs on equality, representation, and patriotism. 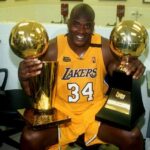 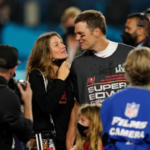