Every generation is born elite athletes that we follow and admire. In this new generation is born an amazing young driver that is not only enhancing the visibility of professional go-karting but creating a lane that is sure to have generations following as his fan base. Grayson Dean Walcott, of Grayson Dean Racing is an elite youth racer in professional go karting and he is the future of professional racing.
A native of metropolitan Chicago, Illinois, eight-year-old Grayson has taken on professional go-karting by storm and there is nothing but a foot on the gas for his future. As one of the featured drivers in the Discover+ series, Baby Drivers, the viewer gets a chance to follow Grayson and his peers under the instruction of former NASCAR Driver, Troy Adams. In this installment season of Baby Drivers, Troy coaches a group of youth drivers through the world of professional go-karting to prepare them for professional driving. You are watching who will be the future generations of Formula 1 and NASCAR drivers. Highlighted in the series, we meet, Grayson Dean Walcott. Grayson began racing karts at the age of 5 after showing his parents his interest at the tender age of 3 years.
When I sat down with the Walcott family, Grayson, with mom and dad, Kadjiah and Nick, to talk about professional go-karting, Baby Drivers and GDR (Grayson Dean Racing), the word impressive falls short of describing young Grayson Dean Walcott.
Currently under the instruction of Troy Adams, based in California, Grayson, and his dad Nick, travel back and forth from what is still considered, home, Illinois, and California. Grayson’s mom, Kadijah, who you are also able to meet on the Discovery+ series, navigates as the family’s compass, adjusting through the complexities of the business of karting and the business of parenting an elite athlete.
Nick recalled a then 3-year-old, Grayson, watching a 3-hour Formula 1 race. While not many things can capture the attention of a toddler for a smaller percentage of that time, Grayson’s piqued interest in the race sparked the attention of his parents. He continued to show interest in the world of racing by watching the F1 races and if you look back at his pictures, and his parents knew that it was ‘go-time’.
Nick and Kadijah, watched a biographical documentary about Lewis Hamilton, and the information, provided a spark that was able to give the Walcott’s the next step in Grayson’s journey. Professional Karting. Living in a state where the winters are unforgiving and long and the summers are hot and short hasn’t been ideal, but the Walcotts didn’t let that stop them. Kadijah explained that some of the other young drivers have had year-round training for the last few years, whereas, Grayson has had to take the months that were weather permitting and acquire all the skills that a kid his level would have established. So, at best, he’s formally trained a total of a couple of years and drives like he has was born with a steering wheel in his hands.
What is professional karting? If you have an interest in being a professional driver in the Formula 1 Series, you may start off competing in the go-kart circuit. Drivers of competitive karting, compete in circuits that are separated based on age and are set on small-scale courses meant to mimic professional courses. Before Grayson could start racing at the age of 5, Nick and Kadijah started him with a simulator. He then moved to an electric go-kart. Currently, his kart can upwards of 60mph, and it only gets faster from here. Nick stated he was so impressed by the physical control that Grayson displayed and his ability to show that he understood the concepts of racing that he was being taught.
Grayson’s talent is nothing short of extraordinary and you get to see that on Baby Drivers.
With such a great opportunity for exposure, the greater opportunity came with having Troy as Grayson’s coach. The Walcott’s witnessed how Troy embraced Grayson’s authentic skills and yet still champions him in a network that doesn’t have much representation in the form of diversity.
The Walcotts understood that to get Grayson to the next level of professional racing, and to nurture his talents, they would have to give it all that they’ve got, and they have. With an operational cost in the tens of thousands per month, Grayson Dean Racing is grateful for and counts on the support of sponsors and donors. “GDR has had a robust sponsorship since Day 1 by people who believe in Grayson,” said Kadijah Walcott. The work is not done however, each season, which starts in April, comes with new races and new expenses.
Among Lewis Hamilton being Grayson’s favorite driver, which is why you will see him donning the #44, he also favorites Michael Schumacher, Lando Norris, Daniel Ricciardo.
These are spectacular drivers, however, athletes like Grayson Dean are coming up behind them and, pretty fast. Although the go-karting season starts in April, Grayson is racing year-round.
His conversation is just as entertaining as his driving. He is beyond his years in understanding his gift and has his sights to manifest his dream of being a winning Formula 1 Driver.

Tika: What is the first sentence to this chapter of Grayson’s journey?
Nick: We are setting the foundation for Grayson’s future.

We are hoping to see more of this young, talented, inspirational athlete and all that he will bring to the world of racing.
Ways to watch and support Grayson Dean Racing, on his journey to Formula 1 racing
https://graysondeanracing.com/
Discovery+ Baby Drivers (check your local cable/streaming for details) 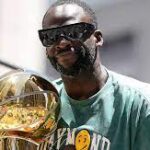 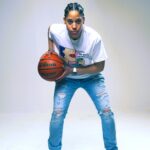