After 13 years of marriage, Tom Brady and Gisele Bundchen are officially divorced. Recent speculation suggests that the 7x Super Bowl champion’s lengthy career had an impact on this decision.

The first signs of trouble for this superstar power couple popped up at the beginning of the 2022-2023 NFL season in which Brady took personal time off during training camp in August. Right after, news broke that the two lawyered up.

With a rough start to the season, there have been many questions as to whether their marital struggles have affected the 15x Pro Bowler on the field.

Bundchen has also been absent from the Bucs games this season. The supermodel has publicly expressed her concern for Tom’s health and how she was hoping he would retire after his Super Bowl win in Tampa Bay. After TB12 reversed his decision to retire he made it clear his commitment to football.

Gisele filed for divorce in Glades County, Florida and the judge signed off on it the same day. The two have reached a marital settlement agreement which includes a parenting plan. Brady and Bundchen completed parent education and family stabilization courses.

Both have since addressed Instagram with posts that explain the choice to end their marriage was painful yet mutual and they did so amicably with appreciation for their time spent together.

The former celebrity couple say their main goal is to continue to work together as parents and ensure their children get the love and attention they deserve. 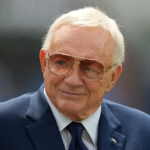 Friends of a Feather Previous