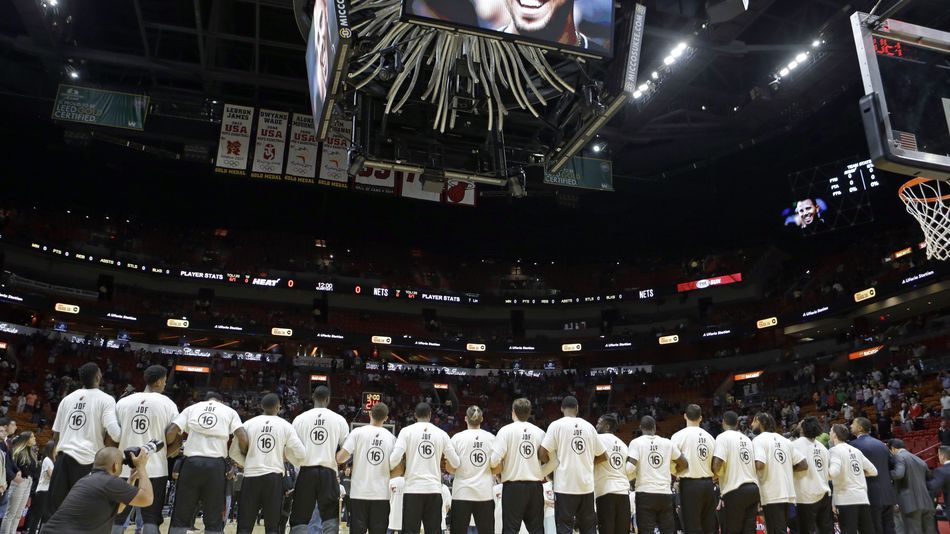 About a month ago, the sports world lost the charismatic and young star pitch Jose Fernandez. Even if you didn’t know him before the tragic news spread, you have most certainly heard about him and his contagious personality. You can’t help but feel like he was taken way too soon.

His loss was a very tough moment for the baseball and general sports communities, and many paid tribute at their games following the accident last month. However, the Miami Heat and Florida Panthers did not have a chance to honor him until their season started over the weekend.

The Miami Heat switched up their warmups in a preseason game. Their shirts read JDF with the number 16 on them. They also held a moment of silence. Additionally, in Thursday’s home opener, the Florida Panthers, based about 1 hour north in Miami in Sunrise, Florida, switched up their warmup jerseys and had decal stickers on their helmets. 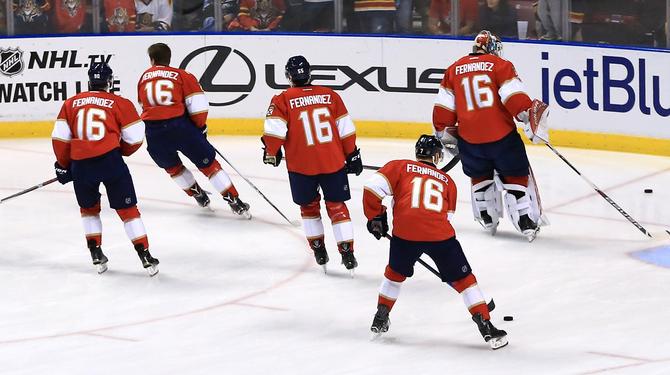 All Panthers’ jerseys said “Fernandez” on the back and all wore number 16.  Seeing all players out on the ice with his name was an incredible display of solidarity. Also, the Florida Panthers announced that they would be donating $25,000 to a charity or cause every home game. For their home opener, they donated $35,000 to Fernandez’s foundation. To end the evening, the Florida Panthers won their game with an overtime goal scored by their own number 16 – Alexsander Barkov. It was a pretty fitting end to the game.

The fact that so many teams, near and far, are still continuing to show their love and respect for the late pitcher shows the impact he had on the people he met. 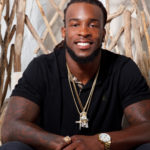 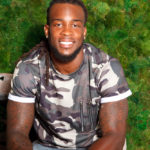