What You May or May Not Know About Concussions

Doctors and researchers classify a concussion as a mild form of traumatic brain injury caused not only by a bump or blow to the head but also by impact to the body so forceful that it causes the brain and the head to be jolted. These events can cause the brain to bounce around in the skull resulting in chemical changes in the brain and, in more severe cases, damage to brain cells.

In sports, concussions are a common occurrence, with thousands of concussion injuries arising every year amongst athletes. Though the occurrence of the injury is frequent and often classified as “mild,” the effects of a concussion can be quite serious and if you may have experienced a possible concussion or know someone who has, it’s important to know the signs and critical measures of care.

Generally, researchers find significant limitations to the collection of concussion injury data to fully support their studies. As many as 50% of all concussions are not reported, which could be due to a variety of reasons such as lack of awareness of the injury and its symptoms or underreporting of the injury for fear of social condemnation or having to sit out of games.

If you are friends or family with an athlete or an athlete yourself, knowing the warning signs or symptoms of concussions and the standard protocol of care is very important. Concussions are a common event, but how these injuries are managed can make a big difference in the lives of those affected. Here are five need-to-know facts about concussions:

5. A Person Doesn’t Necessarily Have To Hit The Head To Get A Concussion

Impact on the body without direct contact with the head can still result in a concussion. For example, a hard collision, tackle, or fall, resulting in a person landing forcefully on the body, can contribute to brain trauma due to rapid and unexpected movement of the head, pushing the brain against the skull.

4. In Many Cases, Concussion Symptoms Are Not Easily Recognizable

Symptoms of some concussion injuries can go unnoticed or undervalued. Sports-related concussions often result in mental and physical symptoms such as fatigue, dizziness, headaches forgetfulness, and the inability to concentrate. In more severe cases, it is important to note the persistences of mental, physical, and emotional behavioral changes. In extreme concussion events, vomiting and loss of consciousness can even occur, but one does not have to lose consciousness to be diagnosed with a concussion. Less than 10% of those diagnosed lose consciousness at the time of injury.

3. One-Third Of All Sports Concussions Occur At Practice

It is often assumed that practice play is not as rigorous as gameplay. Nevertheless, concussions can occur during practice time and a medical professional should be available to properly assess the condition of all players involved. The number of people exposed to injury during practice tends to be greater than in games because more players may be involved in practice that might not necessarily involved in gameplay.

Upon onset of injury, concussion symptoms may take up to a day to appear after an incident. They may persist for but are not limited to, an average of 10 days. More than 85 percent of concussions heal properly, but only if managed correctly in the first days to weeks following the injury. It is crucial that after sustaining a concussion, a person completely suspends playtime and receives proper assessment and care for the recommended time. If a second concussion is sustained before the first concussion completely heals, a person is at risk for a life-threatening condition called Second Impact Syndrome (SIS), which can occur with any two events involving head trauma. Within a given amount of time, if an athlete returns to play and sustains another head injury, it can result in diffuse cerebral swelling, brain herniation, and even death within minutes.

1. Concussions May Occur During Any Sports Activity, Regardless Of The Level Of Contact

Contact sports, like football, soccer, and hockey, can lead to concussions, but other sports can lead to cases concussion, as well. For example, sports like volleyball can exhibit players taking hits to the head from a spiked ball. In gymnastics, a gymnast may fall leading to a significant impact on the body and subsequent brain trauma.

The following sports are often at high risk for concussion:

Every person, regardless of their relation to sports activity, should have awareness of brain trauma injuries. Taking preventative measures and recognizing the signs of concussions early could lead to early treatment and resumption of activity. 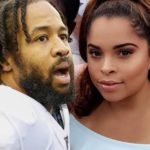 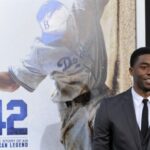