Are you still questioning Draymond Green’s $25 million a year contract?

Draymond Green is an integral part of the Golden State Warriors and is considered by many one of the best trash talkers in the NBA. The enforcer and defensive-minded Three-Time All-Star have many wondering if he’s truly worth the money.

For starters, one must remember that defensive players in the world of sports rarely get the exposure that offensive players get. They get down and dirty with little praise and are usually pinned as unsung heroes. Offensively skilled players, on the other hand, reap all the glory and exposure. The flashy headlines, the scoring accolades, the multi-million dollar endorsements. It’s fair to say that they are criticized less for their defensive output than defenders are, for their lack of offensive firepower. Simply put, we love high-scoring affairs and want to be entertained with eye-popping highlights.

Throughout the 80s and 90s, the NBA was perceived as the “National Boxing Association,” Enforcers were highly recognized for their grit and physical play. Toughness took on a whole new meaning with little regulation and poor officiating. Dennis Rodman, Charles Oakley, and Bill Laimbeer are amongst some of the greatest enforcers to play the game. They weren’t applauded for their offensive skills. They were relentless, feared, and deemed the backbone of their teams. The on-court physical drama was the excitement that fans longed for.

Fast forward and that same physicality can get you sent home for days, maybe even weeks. The art of enforcing is limited to defensive toughness, stare-downs, and trash-talking. For Pete’s sake, if you’re on the bench and a scuffle breaks out, you dare not step across that black line.

If you extract Green from the Warriors, their defensive ratings fall dramatically. You lose a commander, a voice, a motivator, an intimidator, and an elite defender. His ability to mobilize and energize is infectious. Everyone knows he doesn’t fill up the offensive stat sheet, but aren’t steals, rebounds, assists, and a high IQ just as important? It’s not as if the Warriors drafted Green as an offensive juggernaut. They knew exactly what they were getting on day one.

Mental toughness is not an easy skill to possess and is arguably the most important key to success. It’s not only necessary in sports but also in the world of business. As a teammate are you more likely to be inspired by Ray Lewis’s pep talk or a touchdown catch by Randy Moss? Words have power. Listen to Gandhi, JFK, Oprah, or even Barack Obama. Your muscles will tighten and your hairs will erect. There’s a reason why dynamic speakers are paid hundreds of thousands of dollars for a 45-minute speech.

One must remember that Draymond Green is the 4th highest-paid Warrior, far less than Stephen Curry and Klay Thomas. The Warriors are the first team to win four NBA titles in an eight-year span since the Jordan era and Green’s tone-setting attitude has been instrumental. Naysayers of Green’s contract also fail to realize that the league’s salary cap is at an all-time high. The five-time NBA defensive player of the year certainly deserves a $25 million a year contract. Without him, there is no dynasty discussion whatsoever.

Richard Sherman, the newest addition to the Amazon NFL... Previous
Grayson Dean Walcott : The Future of Formula 1 Racing Next 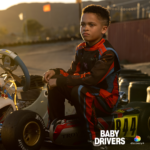