JaVale McGee and Desean Jackson have a few things in common.  Aside from both being professional athletes – JaVale for NBA Champion Golden State Warriors and DeSean for Tampa Bay Buccaneers –  they both know LT Hutton and had a part in the making of “All Eyez on Me,” a biopic based on the life of rapper Tupac Shakur.

JaVale told The Undefeated’s Marc J. Spears, “I’ve known the producer L.T. Hutton for three or four years now,” said McGee, who considered majoring in film at the University of Nevada, Reno. “We always talk about stuff and movies. And then he talked about the Tupac movie was coming up. I had to jump on it that summer.

“I’ve always been into producing stuff,” McGee said. “I got put into a position where I was able to be more of a monetary producer in the Tupac movie. So I jumped at the chance, especially after I saw the movie.”

Premeiring June 16, JaVale went on, “If you love Tupac, you should go see it.  Even if you don’t know anything about Tupac, it tells you his story from the time he was a kid. It’s pretty good.”

“The actor that played Tupac is amazing,” McGee said. “He really looks like Tupac. All the scenes are really well set up. His mother really looks like his mother. The casting was really good, from my standpoint. I think the public is going to love it, especially since they have the rights to the music. It should be pretty good.”

Just as JaVale invested Desean did as well.  DeSean like Tupac was born and raised in Los Angeles.  DeSean grew up in the inner city, Crenshaw, so he can relate to many of the same struggles that plagued Tupac from violence to racism.

DeSean told Tampa Bay Times, “There’s a lot of people interested in his (Tupac’s) story. The best thing I can say about that is there’s a lot of things about Tupac that people didn’t know and when they go see that movie, they’ll have a different view of him.”

“He was very smart. He had a different hustle to him. People kind of thought he was just in the industry making music. But he actually viewed things differently. He just wanted to empower the impoverished and people who come from nothing. He witnessed that at an early age with his mom and not really having a father in his life. Being the only son, having a sister, he had to be like the man of the house. He overcame a lot, and his music speaks to that.”

“For me, it was All Eyez on Me, (the album) Better Dayz — I still to this day listen to all of Tupac’s music. It still influences me, and it keeps me thinking you’ve got to keep going out there and bettering yourself day in and day out.”

The film premiers in theaters today.  Check it out and comment to let us know what you thought about it. 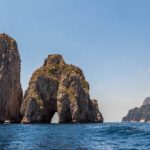 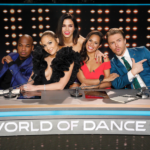