Dwayne Bowe played for the Kansas City Chiefs and met Theresa, a successful real estate agent while he was playing. Theresa’s intention was to sell Dwayne a house but she got more than she anticipated when they wound up having a love connection.

Theresa and Dwayne Bowe got married in 2018 after being together for 11-years. The couple now star in “Love Goals,” a television show on the Oprah Winfrey Network that depicts couples dealing with the highs and lows of marriage.

How did they agree to do the show? The couple have a solid friendship and mutual respect which can be observed by being in their presence. It will be interesting to see what the show has in store.

Theresa is also working on a book entitled “Don’t Touch Me,” which she said will be available for purchase later this year. 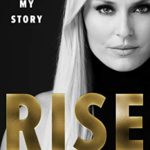 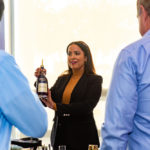