Don’t call it a comeback! On Sunday, New York Giants defensive end Jason Pierre-Paul made his triumphant return to the New York Giants roster since losing his right index finger in a fireworks accident on July 4. Not only was it a return to the game of football, but Pierre-Paul also made his way back to the field where he played college football. Sweet!
To make the day even sweeter, the Giants won. During the first three quarters, Pierre-Paul was still getting reacquainted with being back out on the field. However, by the fourth quarter, he was back to the dominant player that fans and teammates love so much. If you’ve followed his journey, particularly since the accident in July, you couldn’t help but to root for this dynamic player and all-around good guy. He was instrumental in helping the Giants take home the Vince Lombardi trophy after defeating the New England Patriots during Super Bowl XLVI and is loved by his fellow teammates. How can you not want him to win?
After returning to practice over two weeks ago, it was determined that Pierre-Paul would make his return during week 10 against the Patriots. However, after impressive workouts, he was all SET to go against the Tampa Bay Buccaneers during week 9. Not only did he play 73% of the defensive snaps, well above his coach’s expectations, but he also recorded two tackles and two quarterback hits. Not bad, not bad at all.
With the Giants currently holding down 1st place in the NFC East slightly ahead of the Philadelphia Eagles, Pierre-Paul can definitely help secure that spot as he grows healthier and stronger while getting back acclimated with the game that he loves. The 26 year old new dad still has a lot of playing time left in him, and we’re glad to see him back out on the field. 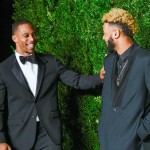 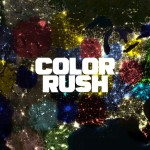