Have you seen the SNL promos on NBC this week?

If so, you may know that former Ultimate Fighting Champion Ronda Rousey will be hosting Saturday Night Live for the first time ever this coming Saturday, January 23. Singer Selena Gomez will be the musical guest.

“Isn’t it amazing to look down over all of those buildings knowing you can kick the ass of everyone down there?” the beautiful blonde Rousey—looking smashing in a body-hugging red dress—asks wistfully as she looks down on the bustle of downtown Manhattan streets.

So goes one of the promo clips.

From her on-point comedic timing to her fast-as-a-whip body flip of SNL regular Beck Bennet, promos for this weekend’s Saturday Night Live promise that 28-year-old Rousey is as deft on stage and screen as she is in the ring so this weekend’s show is sure to be a hit.

She’s already been beefing up her acting chops, too, and it’s looking like her silver screen career is gearing up to be as successful as her wrestling resume.

According to the Daily Mail, she made her big-screen acting debut with 2014’s Expendables 3, followed by Furious 7 and Entourage in 2015. And apparently she was just getting started. So what’s next?

The film Mile 22, a starring role in the remake of Patrick Swayze’s Road House, and a match-up with Tina Fey in the movie Do Nothing Bitches, a phrase Rousey coined herself.

But fear not, wrestling fans, Rousey will fight again. But for now, she’s content to knock us out with her acting talent. 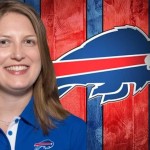 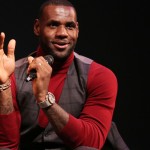