This weekend marked the 15th anniversary since the tragic events of 9/11, and major league sports found various ways to pay tribute. From league wide support to individual acts, we all took time to pay respects to all of those who lost their lives.

Each NFL team had special guests on the field for the pregame activities and national anthems, and all teams had a 9/11 decal on players helmets along with lapel pins for coaches.

Teams throughout the NFL are using ribbon decals in honor the 15 year anniversary of the attacks on 9/11. pic.twitter.com/zebgqmz9c4

Also, before each game, a special message from Barack Obama and George W. Bush was played on the stadiums’ jumbotron.

Some players wore special patriotic gear during the games on Sunday, including Avery Williamson. He wore his cleats as a result of the overwhelming support to ignore the NFL’s notoriously strict uniform code. Despite the threat of a fine he, along with several other players throughout the league, played in their red, white, and blue cleats.

The MLB and its clubs also paid tribute. One spectacular tribute came from the Washington Nationals, who had over 1,000 USNA Midshipmen marching at Nationals park; a first of its kind at a ballpark. During the game, they even had the chance to partake in what may be the coolest wave ever.

In addition to the tifo, Empire SC had a charity event to help get 9/11 first responders families to the game. For every ticket donated, the person in charge of leading the in game chants (the capo), would wear firefighter bunker gear for 1 minute. Normally, he spends the game shirtless, as the energy required to capo makes it extremely hot. Yesterday, he spent a chunk of the game with gear on.

The world has changed so much in the last fifteen years. However, the amazing displays of support for all of those impacted by those events remind us of how strong our country is when we come together. 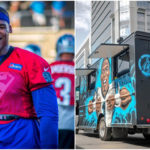 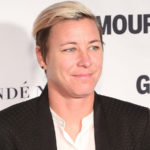