Krystle Ginn’s willing to go round for round for Ted Ginn Jr. 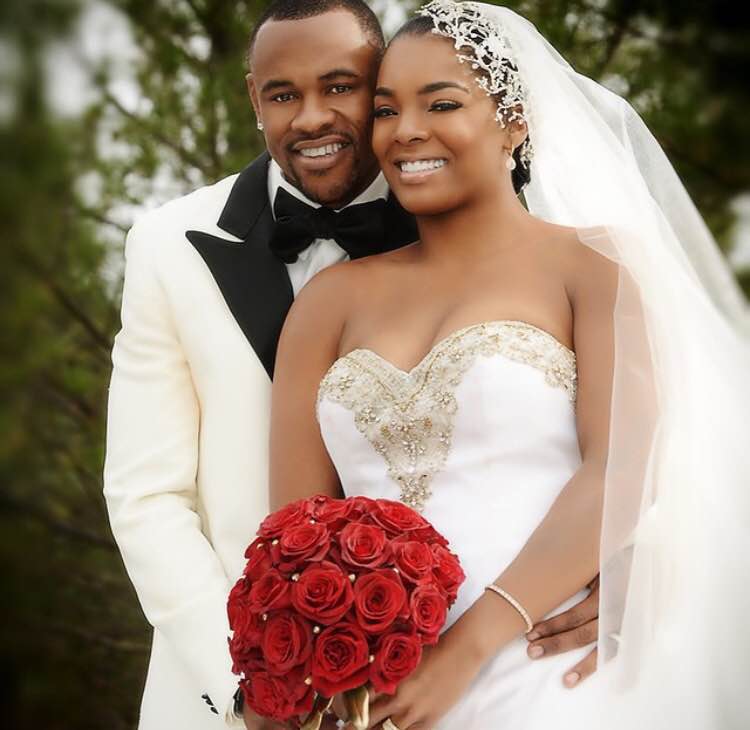 “I really grew and went through each faze of the football life with Ted,” says Krystle Ginn wife of North Carolina Panthers wide receiver Ted Ginn Jr. “We have been together 13 years. I had to adjust through each level from dating a high school athlete, moving into the college level and now the highest level you can get which is the NFL,” she says when talking about her dating experience with Ted.

Krystle met Mr, Ted Ginn Jr. between her 8th and 9th grades years one summer on neighborhood block while fixing her hair in the tinted rear passenger window of a car while her friends were talking to some guy friends. An unknowing Krystle was oblivious of a staring, doting, high school football phenom in the back seat watching her every move. “The window rolls down and this guy in the back seat says ‘leave your hair alone its fine,’ she says laughing. “We talked for a little bit and I asked him if I could have these strands of beads that he had around his neck and he told me flat out NO,” Krystle chuckled.

Krystle and Ted never exchanged numbers that day as their conversation was cut short at the departure of the driver. “It was something about him,” She says as she recalls that day. “I didn’t know who he was and I didn’t even know his name. We went to different high schools. I didn’t know anything about football because I had a house full of sisters. We didn’t do the football on Sunday thing, nor did I go to high school games” She says. “None of my friends could understand why I liked him. It was just something about him,” She repeats deep in thought.

The school year starts and Krystle kept thinking about the guy in the back seat of the car and ironically his best friend Bryon went to the same school as she did. “We actually became friends and talked every now and then but I didn’t like Bryon in that way,” She says adamantly. “I never did,” she says and laughs. “One day Bryon pops up at my house without an invite and all I could remember was that the last time I saw him in his car he was with the guy that I liked. He left the car running and comes to my door and My heart started beating so fast,” She exclaimed! “I asked Bryon if his friend was in the car and he asked me why,” she says. “I told him that I didn’t want to talk to him and that I wanted to talk to his friend,” she heartily laughs.

“That was April 12, 2002 when Bryon gave Ted my number and when he called me later on that day, thats when we officially met. Ever since that day we have been inseparable.”

That uncanny encounter paved the way to a marriage 13 years later where Bryon was the best man.

When Krystle talks about Ted’s proposal she expresses that the moment he proposed she knew she wanted to be his wife, but she was not mentally ready. “I wasn’t ready to start planning like most people. I knew that there were some things that needed to be worked out before I took that step,” she reveals. I was more concerned about peace and being happy than being the girl walking around with the big ring on her finger or just being able to say that I am Mrs. Ginn.”

Although Krystle accepted the proposal she didn’t make any preparations for her wedding. Instead she started to prepare herself be the best woman and best mother of six month old twins (at the time) that she could be. “I knew that once I became somebodies wife, I wanted to be the best wife. There were some things that Ted and I were experiencing that I needed to get through in order to be a happy wife,” She speaks candidly “I knew that I wanted to be able to give all of me and I had to work on Krystle in order to do that.

The true high school sweethearts continued to work through life and through a multiple year engagement raising their twin children and working on themselves. They finally decided that the date April 12, 20015 was going to be the day to become one. “That day was special because we were coming into our 13th year of being together. It’s like a boxing match. There are only 12 rounds in a boxing match and those 12 years we fought each other to make it. Year 13 for us was new match. Year 13 was about us against the world and April 12 is Ted’s birthday. Its also the day we officially met and the day we became inseparable,” Krystle says emotionally.

Krystle doesn’t acknowledge the whole difficulty of dating an athlete because she was just a mere teenage girl drawn to a teenage boy before the glitz, before the glamour, before the money, and before the lifestyle.

“Find that person that you are willing to be in the ring with.” she says as she offers her advice to WAG hopefuls. “Its going to be heartaches because nobody is perfect but you have to keep trusting and believing in one another and keep God first.” 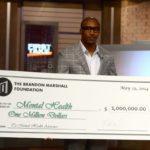 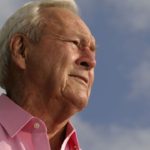