The Return of Brady

Will Tom Brady return to the Buccaneers locker room?

As time passes and another NFL regular season has come to an end, there is a decision that some may have to make, especially one person in particular…The GOAT. It’s a decision that can be difficult when you’ve dedicated your life to the game of football.

Tom Brady and the Tampa Bay Buccaneers, may feel the pressure that some have expressed while wondering if he will return for the 2022 NFL season. 44-year-old Brady has been fumbling with thoughts of retiring at the top of his game, but also wanting what’s best for his wife Gisele Bundchen, and children. The seven-time Super Bowl champ has shared in the past the he would like to continue to play the game until the age of forty-five. Brady took to his podcast “Let’s Go!” and stated, “It’s not always what I want, it’s what we want as a family”.

“I said this a few years ago, it’s what relationships are all about. It’s not always what I want. It’s what we want as a family. And I’m gonna spend a lot of time with them and figure out in the future what’s next”.

Brady is the oldest starting, as well as active, player in the league at the age of forty-four. He has played more starting games than any other Quarterback with a total of three-hundred-forty-four. Brady owns the record for the most Super Bowl wins in NFL history, while ending the season with a total of two-hundred-forty-three wins, and a total of six-hundred-twenty-four career passing touchdowns. The Tampa Quarterback had a phenomenal season ending with a short-lived playoff run. The future Hall of Famer and his team couldn’t overcome the plethora of injuries to make the main stage for a back-to-back return as Super Bowl Champs. Brady took to his Instagram after his playoff loss, ” I always want to win, I think that’s apparent by now, but that doesn’t mean I equate losing to failure”.

In addition to maintaining his health and wellness on and off the field, Brady is the co-founder of TB12, (holistic company that focuses on individuals and their performance and well-being), 199 Productions (platform that will produce original and premium content), and Brady Brand. This is not to upsell his Cookbook and previously launched meal kit delivery service.

Will “the comeback kid” hang up his cleats or return to the field for his 21st NFL season as a Tampa Bay Buccaneer, or will he retire from his home team The New England Patriots? 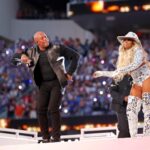