Cannabis and CBD in Professional Sports

Cannabis and CBD have gained a bad rep for having negative effects on the human body, and professional athlete’s ability to perform. Overindulging in anything can be dangerous to the human body, but when practiced responsibly, CBD and Cannabis can have a positive effect. There are quite a few athletes that can vouch for the positive effects that CBD and Cannabis has had on their bodies. In the past, many NBA players who’ve tested positive for marijuana have been fined, entered into a drug program, and suspended from games. In 2018 the Federal Farm Bill no-longer considers Hemp seeds and fiber as a controlled substance, which is part of the formula for most products. Hemp is also used for cosmetics, paper, fuel, CBD products, etc.

NBA’s Stephen Jackson and Matt Barnes are the host of the “All the Smoke” podcast. Which shines the light on current and former players in sports. Jackson has been vocal twoards many important world topics and is a very instrumental figure in the legalization of Cannabis, not only in the United States, but in the league as well. Jackson in the past has expressed his concern to the NBA for removing marijuana from the “banned substance list”, while stating that he never felt it should be on the list. The former NBA player has stated that he has smoked his entire 15-year career in the NBA.  “I ain’t going to say it helped, but as far as coming down after the games, relaxing, it helped. Before the games, nobody can play high, especially in the NBA. It’s a high level of competition, and guys are great, so nobody can play high, but after the game, guys need to come down and relax, because it’s a physical sport”.

Former NBA Forward Matt Barnes, also a host of the “All the Smoke” podcast, has always been an advocate for the legalization of Marijuana for personal use as well as in the league. Barnes a 23-year marijuana smoker has become a brand ambassador for Viola (Al Harrington’s brand), and one of NBA’s first to endorse RAW papers. Matt has been making his way in the Cannabis industry by partnering with Seven Leaves, a Cannabis production company in Sacramento California, which is Barnes hometown. Barnes is most proud of is his partnership with not only his alma mater but the UCLA Cannabis Research Initiative, which will be one of the first funded programs by professional athletes. Barnes states “So I’m hoping my efforts with UCLA can take the stigma out of it where people can be more comfortable, not afraid to come out and say I’m a cannabis user”. The NBA has decided not to test players for the 2020 – 2021 season.

NFL star Rob Gronkowski has also joined the CBD world. Gronkowskis various pains and injuries, while also having a business-savvy family, helped spark his interest in joining the very lucrative industry. The 31-year-old former New England Patriot, has entered a new phase of his life after leaving and returning to the league by partnering up with CBD-Medic. CBD-Medic produces topical non-THC, as well as non-psychoactive products. Gronkowski was introduced to the topical product from his father who suffered back pain and vouched for the success of the product. The NFL Tight End applied the topical cream to three stubbed toes after playing soccer and received temporary relief. Gronkowski stated, “I knew right then and there, I was like, ‘Dang this stuff works’, and I was looking for something like that to help me relieve the pain that I’m in from doing activities and sports”. The Pain Management Committee for the NFL came to a collective agreement of CBD use for treatment. The collective bargaining agreement states “players won’t be suspended for a positive marijuana test, and levels of allowable THC were increased”.

The National Women’s Soccer League has opened the door for their athletes and endorsements for CBD. Although the league isn’t fully onboard with endorsing brands, they allow athletes to use the various CBD products. Women’s Soccer player Megan Rapinoe has had her share of injuries during the season and has endured several knee surgeries dating back to her college career at The University of Portland. Megan and her twin sister Rachel, who also had her share with sports injuries, both launched a CBD line Mendi. Mendi is a line that is geared towards athletes and their treatment plan. The products do not contain THC but are made from Hemp. “When it’s taken after a hard training and before bed, I feel it gives me a better night’s sleep and I feel like I’m able to relax a little bit easier. It’s kind of the secret sauce”.

The positives of Cannabis

Cannabis trailblazer and former NBA player, Al Harrington began his journey within the industry in 2011, when founded a Medical Marijuana company Viola, which is based in Colorado. Viola is named after Harrington’s grandmother, who used the plant to help with her Glaucoma. Since 2011, Harrington has put in work within an industry where there aren’t many minorities sitting in the board rooms. Harington states “It’s all about having a seat at the table. If we’re going to wait for the lawmakers or government to save us and create the opportunities, it’ll never happen. We’ll be customers for all these industries that we’re pioneers. We’re creating opportunities for them to create wealth and opportunities. If not us, I don’t know who will do it. We have to have a real effect and real change and real impact on people who look like us”. Harrington’s brand has become a multi-state product, in Michigan, California, Oregon, and has grown lucratively, especially during the COVID-19 Pandemic. Harrington along with his marketing team began a social equality initiative recently dubbed Viola Cares, which places a high premium on education, entrepreneurship, expungement and incubation. Harrington has also partnered up with New York Rapper and Executive Producer Nas, creating a documentary on BET “Smoke”. The 2-hour special touches on the affects that Marijuana has had on certain communities in the United States and brings awareness towards the people who are still fighting for their freedom.

Though you may hear many negative stigmas in regard to professional athletes, as well as everyday people, but now you can see first-hand the positives to Cannabis and CBD and the effects it has on the body.

If you or someone you know is suffering from Substance abuse and would like more information, please contact the National help line 1-800-662-HELP (4357) 24/7. 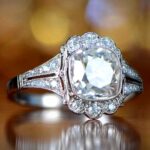 Five Ways To Treat Your Loved One On A Special Day Previous
Minnesota Vikings Names’ Kwesi Adofo-Mensah as General... Next 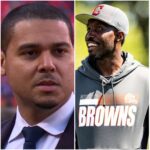